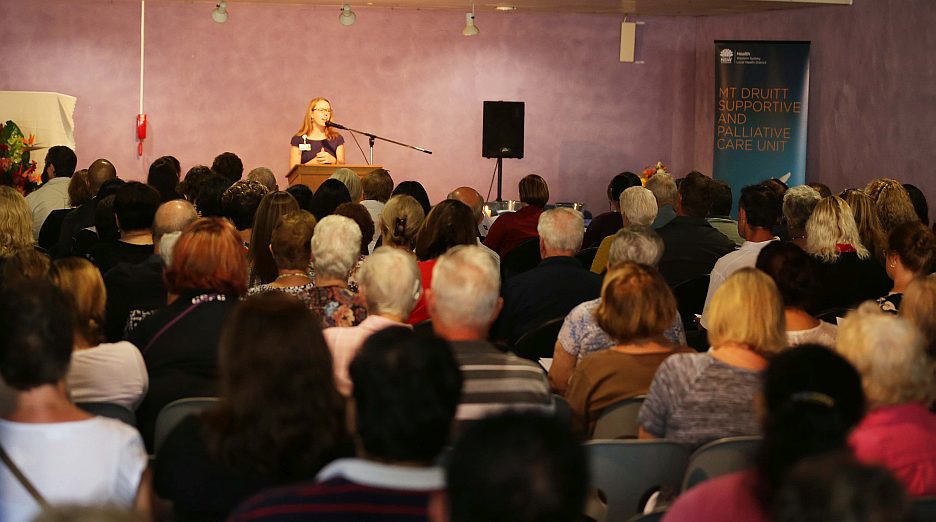 Although the scale of Kristin’s task has been made a little easier with the recent introduction of a palliative care volunteer service, this is just one part of Kristin’s role as Bereavement Counsellor for the sprawling Western Sydney catchment.

Importantly her day job is to be actively involved in individual counselling for grief and bereavement.

“There are about 800-900 deaths known to our service across the area in a year.”

Western Sydney is one of the largest, fastest growing, and most multicultural local health districts in NSW with a population of about a million people. In Blacktown less than half the residents speak only English at home.

These statistics bring enormous challenges for the health and wellbeing of the community, and Kristin is a keen advocate for community awareness-raising about grief.

“Grief can have profound implications for the public health of the community, and part of the challenge is getting people to understand how grief can impact health.”

Amongst other things she is keen to develop collaborations within the community as a means of spreading the word.

Kristin is also involved in a longitudinal study under a team of researchers that considers the effects of grief after expected and unexpected death.