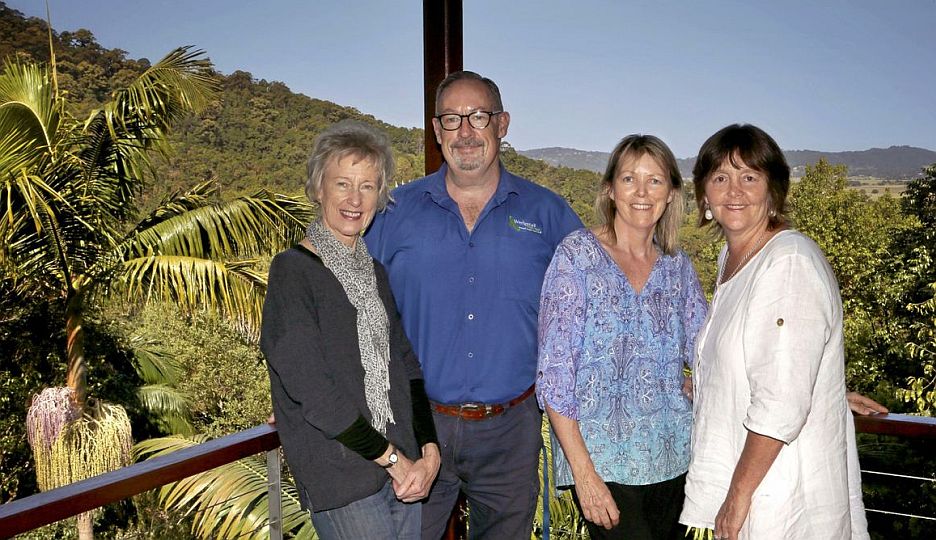 THE final weeks of anyone's life can be tough to deal with, whether you're the patient or their family.

Working tirelessly to ensure those going through the unfamiliar territory of dying are cared for in the final weeks of their life, Tweed Palliative Support (TPS) will this weekend mark its 20th anniversary of service.

A core group of volunteers and registered nurses dedicated to looking after the community, including both patients and family members coming to terms with their loved one's passing, have been an integral part of how TPS operates.

TPS president Meredith Dennis said the past 20 years had been extremely rewarding for many of the volunteers who were determined to provide extra care to those dying.

"Some of us have been there since day dot, which shows the commitment to palliative care,” Ms Dennis said. The volunteer-based, not-for-profit group was started in Murwillumbah 20 years ago after a similar group from Byron Bay held a public meeting.
Starting out as a small group interested in providing much-needed care for terminal patients and their families, Ms Dennis said the way the world viewed death had changed, with more people willing to talk about it.

"A lot of people didn't know what palliative care was 20 years ago,” she said. "When we started we were given a box of books from a local palliative care nurse and an office by a local solicitor in Murwillumbah. The first few years was about education and getting people talking about death. It's about having those conversations and it's been happening more recently with the euthanasia debate, which we don't get into, but people are talking about it more.”

In 2015, TPS opened Wedgetail Retreat in Dulguigan to provide a hospice service for those who can't manage staying at home any more.

"A lot of people are scared about dying but when you know that you're going to be looked after and your pain is looked after and you have control at the end of your life, then that's when the fear is taken away. Wedgetail Retreat is basically a big house with nurses in a beautiful rainforest setting. The youngest person we've had here was 40 and we had a lady the other day who was 99 but she didn't want to die in a nursing home. This way, you're surrounded by your friends and family in a natural environment with the medical assistance, it's the way it should be.” Ms Dennis said.
TPS has trained more than 400 volunteers over the years to provide transport, respite and palliative care.
Photo: Tweed Palliative Support's Deirdre Stewart, Philip Wilson, Tracey Lindberg and Meredith Dennis celebrate 20 years of service to the community from the balcony of Wedgetail Retreat.
Photo credit: Richard Mamando
Click here to read the full story by Aisling Brennan in the Tweed Daily News.