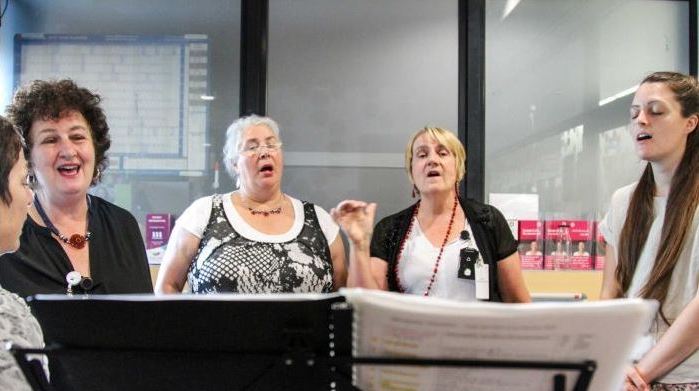 Do you find comfort in music? The Threshold Choir sings for people on the cusp of death, hoping to alleviate some of their anxieties around dying.

The concept of a Threshold Choir first began in America in 2000; a book of ‘comfort’ songs were written and local chapters formed.

Now there are more than 130 choirs worldwide.

The choirs sing for patients in palliative care facilities and intensive care units, filling hospital corridors or patients’ rooms with their voices.

On a Wednesday night in March, the Melbourne Threshold Choir met at Sunshine Hospital in the city’s north-west; they do this every month.

Warming up in a hospital function room, the choir of seven or so members, made up of mainly middle-aged men and women, rehearse their sombre repertoire of choral songs which they will later sing for patients.

Jenny Batten, the music director of the Melbourne Threshold Choir, has led the group for the last three years and said it was a privilege to offer comfort in the form of song to very sick patients.