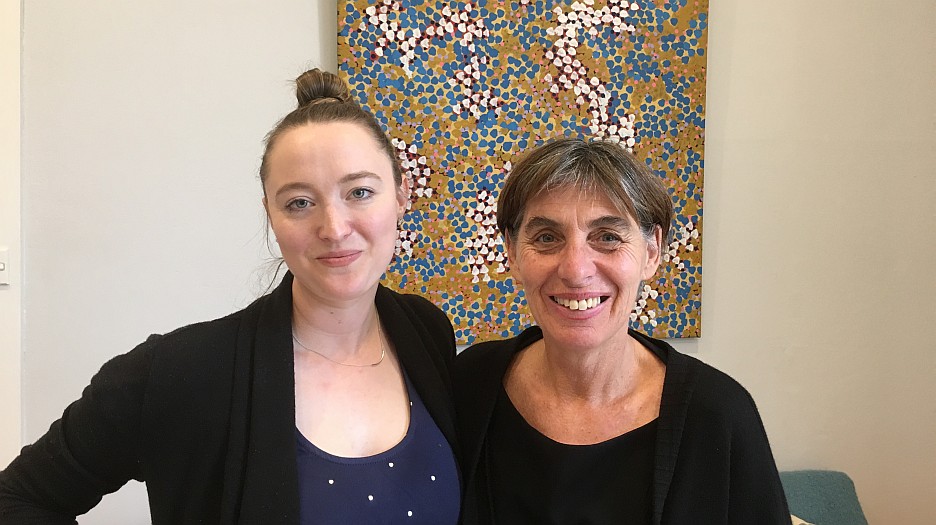 Tenderly: What can end-of-life care learn from after-death care?

Nestled into the former Fire Station at Port Kembla is Tender Funerals, a community initiative that deliberately aims to offer a greater level of involvement and participation by family and friends in after-death care.

Tender started life in September 2016 as an initiative of the local not for profit Our Community Project.

The creative re-purposing of the former Fire Station points to Tender Funeral’s creative re-thinking of after-death care. And in the same way that the fire fighters who occupied the building before them had an interest in both emergency response and community education, Tender has an interest not only in responding-to but in educating-about after-death care.

So I visited them recently to ask the question “what can end-of-life care learn from after-death care?”

Our Community Project General Manager Jenny Briscoe-Hough emphasised the opportunity that palliative care offers to open up a conversation about after-death care.

“Conversations at end of life about how they want to be cared for after death would be great”.

“In some (the Native American) cultures a person would signal their impending death by going to a death lodge where they would have final conversations and reconcile with their people. Palliative care is a bit like a death lodge, it signals an opportunity for people to have those conversations”.

“Having staff members understand the importance of initiating after-death conversations would help introduce people to the sorts of choices available to them. Palliative care is a really good opportunity for education about the after-death care that is available”.

“What we offer is a model of continuous choice”, she said, “and most times people don’t even know that there are choices to be made”.

Amy talked about their philosophy that encourages people to not only be actively involved in the decisions about the funeral service but also about the care of the body after death.

Amy also oversees the effort of 20 or so volunteers who have stepped forward from the local community to help-out. The high level of interest in volunteering was a pleasant surprise for Amy and it means that they have capacity to offer volunteer support weekdays as well as weekends and afterhours.

Volunteer involvement affirms the community connectedness of Tender. Volunteers also point to the desire of Tender to be more inclusive and collaborative.

“If something is presented in a informal way it can be not such a big deal” said Jenny, ”so we aim to be neutral and offer the choices, and let the people decide”.

Jenny hopes to draw attention to the need for end-of-life carers leave to recognise the role of carers who support people at end of life and their need to commit to an intensive period of time which may take them away from employment and future employment opportunities.

Click here to see the Tender documentary or click here to find out more about volunteering with Tender.