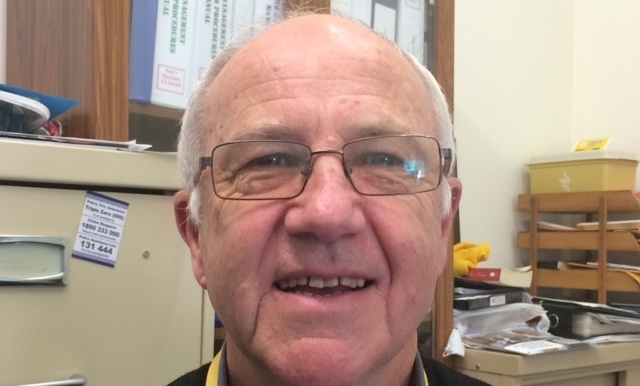 During the 10 years in his role as Volunteer Manager John Butler has seen many changes at St Joseph’s Hospital which have impacted on opportunities for volunteers. This includes changes in services at the hospital, changes in staffing and an increase in clinical students.

“We have a lot more students on clinical placements than we used to, and this affects the opportunities for volunteers to be involved on the ward. They feel that with so many people on the ward, they don’t want to impose.”

The hospital currently has about 50 to 55 patients in the area of Palliative Care and Rehabilitation. A new investment in support for people with neurological disorders at the Sr Maria Cunningham Centre has created a new opportunity for volunteers.

“Supporting people with neurological disorders is challenging work for a volunteer, I used to do it, and we’ve had some great volunteers here in the past”, said John.

John works 4 days a week and has about 31 volunteers in his pool with an average age of 79 years. His volunteers are active in the Palliative Care inpatient unit, in residential aged care at St Joseph’s Village, and in the Sr Maria Cunningham Centre.

Volunteer roles include inpatient visiting and Jolly Trolley, Pets as Therapy and hairdressing. The volunteers reflect the multicultural character of the Auburn community.

The toughest-to-fill volunteer job was for a bus driver. “After years of advertising I had one driver who stayed for a day.” The role is still open.

Thanks to John and his team at St Josephs in Auburn for supporting people in Palliative Care.