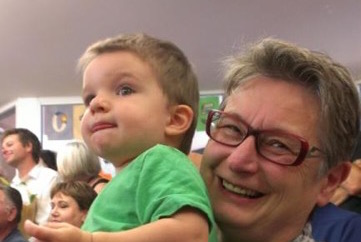 Fiona joined the Southern Highlands Community Hospice late in 2014. Originally from Scotland she lives part time in Robertson and on her farm in Bungonia.

A General Practitioner by profession, she has now retired and changed lanes. The last few years of her working life were committed to preparing for a new direction and she is now an ordained Interfaith Minister and works in hospice-based pastoral care.

“After retiring from medical practice, I became a volunteer as I felt able to devote the time necessary to such an important project,” she said. “I contacted Southern Highlands Community Hospice hoping to be of some service by being part of the spiritual care team at the Hospice”.

Now that the significant groundwork of planning and fundraising for the building moves closer to fruition, it is time to begin building the team of volunteers that will actually be working in the Hospice, so we are very glad to have Fiona on board.

“Over the years I worked as a GP, I built up a strong sense that helping people see and accept death as being as much a part of life as birth or any of the other milestones in life is a challenging but very rewarding path.”

“I believe that the spiritual and emotional care of patients, families and indeed staff in palliative care, is an integral part of the multidisciplinary team approach to care in end-of-life situations and I hope to be part of serving the Hospice in helping to build that team.”

Fiona says it is rewarding and inspiring work and encourages anyone interested to step forward now and contact the Southern Highlands Community Hospice Volunteer Coordinator to talk about this essential area of hospice work; niki.kallenberger@shchospice.org.au and 0408 818 028.

Above photo: Fiona enjoys some relaxation time with her grandson, Jack.

This article first appeared in the Southern Highlands Community Hospice Newsletter February 2015 and is reproduced with thanks. 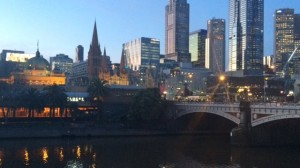 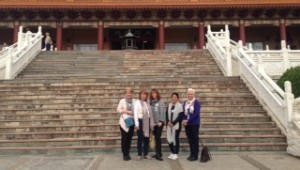 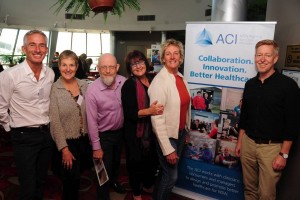 Palliative care under the spotlight at Dubbo conference

Volunteers and the community