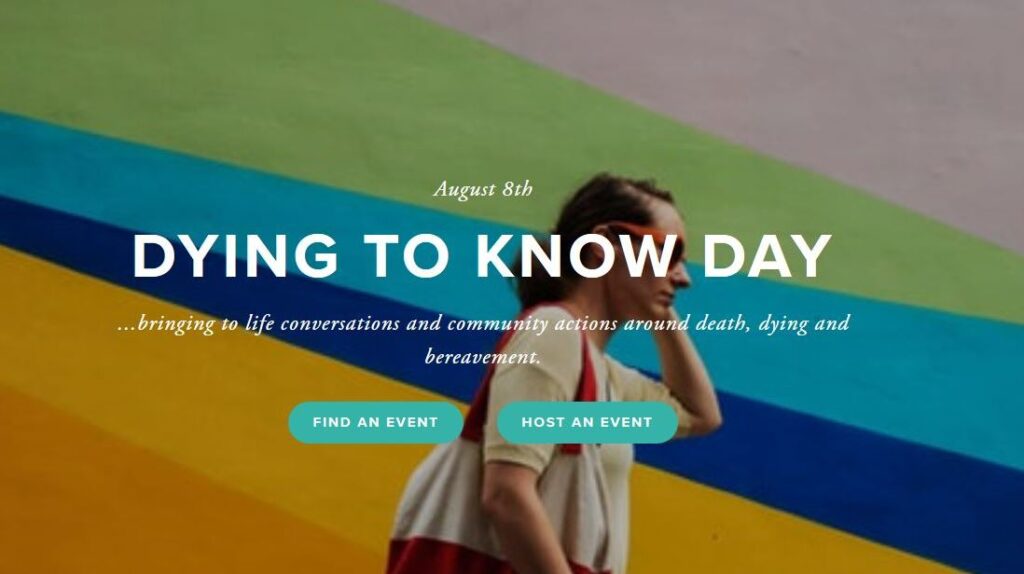 The Wauchope District Memorial Hospital is celebrating this year’s Dying to Know Day by holding a forum on ‘Living & Dying Well’.

The event consists of 5 tables stationed in the venue, each with a coordinator who presents material and speaks on their particular topic. The topics include Language, Cultural Considerations, Spirituality and Preparing for Death.

Organiser Susanne Pritchard said that this year they had decided to open the event to the public after the inaugural event last year.

“Last year we did a similar event for staff and we were overwhelmed by the response. We learnt that what they had been doing during the day in palliative care wasn’t necessarily taken home, it wasn’t something that they had discussed with their family, and they responded to the event by starting to talk about death and dying at home”.

Hospice and palliative care volunteers are actively involved in the care offered at Wauchope and to prove the point they will be busy serving afternoon tea to visitors at the event on Wednesday.

For more information about the Wauchope event contact Susanne Pritchard Susanne.Pritchard@health.nsw.gov.au or 02 6580 8040.

Dying to Know Day is a national day of conversation and action, in which people around Australia would have conversations, run workshops, host events relating to death and dying.

Some 27 events are listed across the state, to find an event near you http://www.dyingtoknowday.org/nsw-2018.