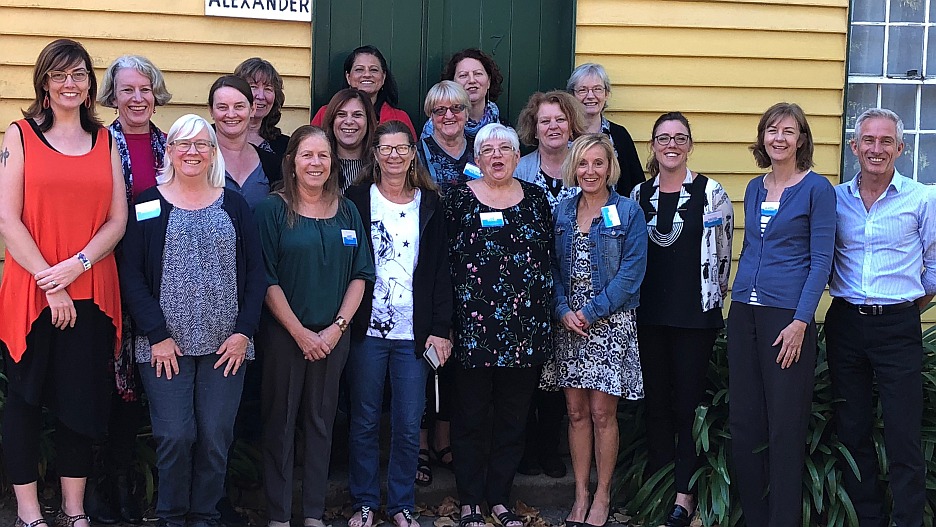 2018: The year that was in Palliative Care Volunteering

During the year we said farewell to Lyn Nilsson who headed up the palliative care volunteers out of the Port Macquarie Community Health Centre. We also said farewell to Keren Bateman who managed volunteers with HammondCare in the Neringah and Greenwich Hospitals.

In Broken Hill we farewelled the award winning Mary Leehane on her departure from her hospital-wide volunteer management role.

In May, the Coordinator of Volunteers for Palliative Care Inc, Judith Robinson, announced plans for the development of a community hospice in the Maitland area. With a goal to support people in ‘as close to a home environment as is possible’ the centre will involve palliative care volunteers as part of the ‘medical and non-medical’ approach to palliative care.

Anne-Marie Traynor (Manager Volunteer Services at Calvary Health Care Kogarah) was recognised by her peers for her outstanding professional contribution to the field of volunteer management in palliative care over a 23 year period.

Anne-Marie’s award was conferred at the inaugural Palliative Care Volunteer Managers Conference held at Coolangatta Estate in the Shoalhaven area on 7-8 May.

During the year Julie Gissing and Robyn Swanson, who head-up the Sacred Heart Biography Service, were recognised with a prestigious 2018 Innovation and Excellence Award, a national award from St Vincent’s Health Australia under the category ‘Leaders in Catholic health care and service to the poor and vulnerable’.

Also in 2018 Kate and Alex at the Volunteer Support Services Programme, in collaboration with local volunteer managers, hosted forums on spirituality and palliative care in Wagga Wagga, Mt Druitt, Port Macquarie, Warilla, Broken Hill and Orange, as well as a forum on experiences around dying in Tamworth. In June we were published in a new release by Oxford University Press The Changing Face of Volunteering in Hospice and Palliative Care: An international perspective, in July Kate completed the second statewide survey Snapshot 2018: A review of Palliative Care Volunteering in NSW and in August we published a second edition of Palliare: A Handbook for Palliative Care Volunteers in NSW (2018).

To all palliative care volunteers and managers, thank you for all that you did in 2018!