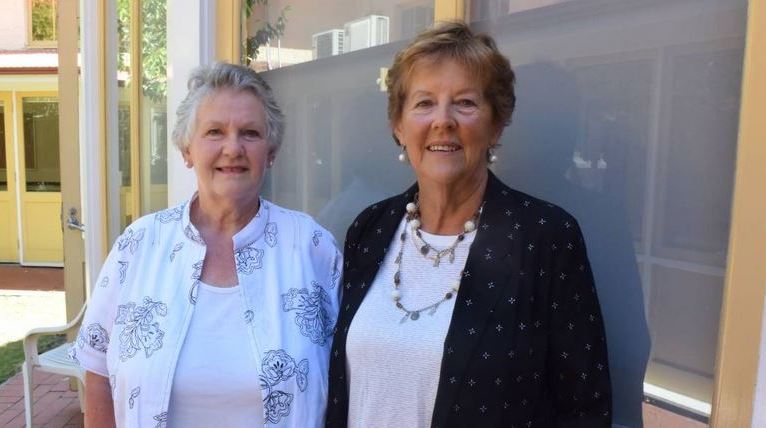 Waiting in a good place: palliative care and volunteers in Launceston

Jenny Lunson, of Summerhill, was inspired to volunteer with Palliative Care North after working in a nursing home as a carer.

Her friend Margaret Binns, of Launceston, has been volunteering with palliative care for about six years.

“I felt I had something to offer palliative care,” Mrs Binns said.

“It’s very fulfilling just to be able to be there with people who are in the final stages of their life and to just offer them comfort, and hopefully making them smile.

“I try to use a little bit of humour in the right way … and supporting the families, that’s really important.”

“We just listen to their stories mainly,” Mrs Binns said.

She said after making a connection with someone with a life-limiting illness, the patient would sometimes reveal things they’d never told anybody before.

“They talk about dying quite a lot and they’re usually in a very good space, very accepting … they’re just waiting.”

They volunteer at the Melwood Unit at Calvary St Luke’s. The volunteers rarely see patients repeatedly for long. Two volunteers work at once at the unit and share the patients, and Mrs Binns and Mrs Lunson said the volunteers could support each other.

Volunteers can undertake duties including providing practical support in the home, bereavement support, emotional support and shopping assistance. The initial commitment is two days a week for a training program during March, and capacity to volunteer at least once a week for up to five hours. To express interest, contact Leanne Barton or Anne Sackley during office hours on 6777 4544. Expressions close on February 10.