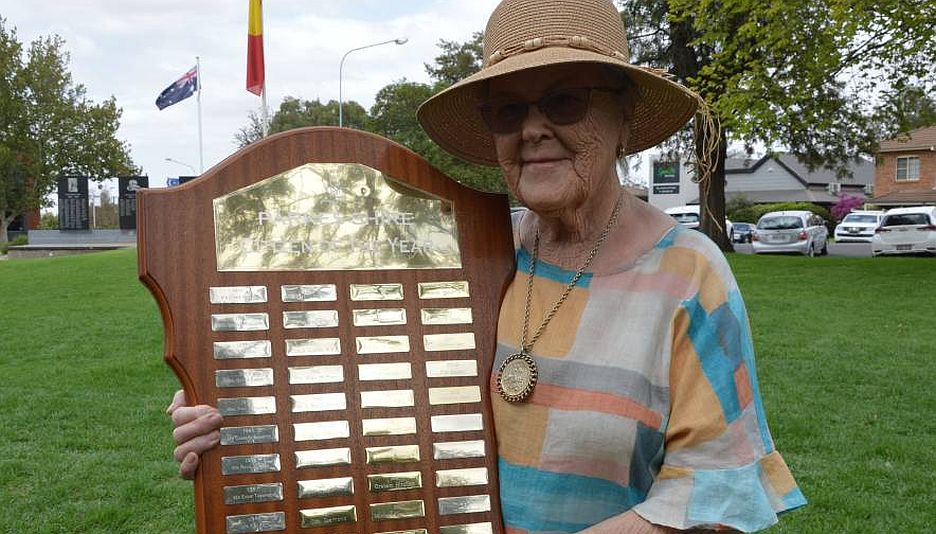 This Australia Day, Palliative Care certainly took main stage when it came to handing out awards.

Two Palliative Care Volunteers were recognised for their efforts, both receiving Citizen of the Year Awards for their hard work.

In Parkes, Kitty Dwyer (see main picture) who has been a lifelong resident of the shire, established the Palliative Care Community Support Service in 2010. She has supported community members who have recently experienced loss by conducting grief and loss programs.

In nomination it was said that she is a “very generous, thoughtful, community-minded lady who still remains very motivated and willing to share her extensive knowledge and empathy to ensure residents of Parkes and surrounding community townships have access to support and care”. 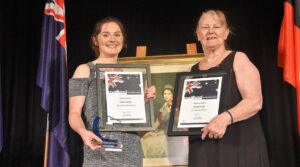 In Maitland, Wilma Lilley received the town’s highest accolade. She sits on the board of Volunteers for Palliative Care and has been involved with groups working for children, vulnerable, aged and those with a disability.

Ms Lilley said she was humbled by the accolade and sees volunteering as a healing process. 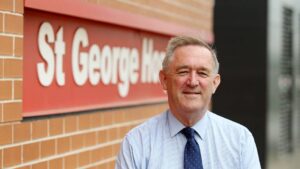 Dr Frank Brennan was awarded an OAM for his work over the last two decades as a palliative care, renal care and cancer care physician.