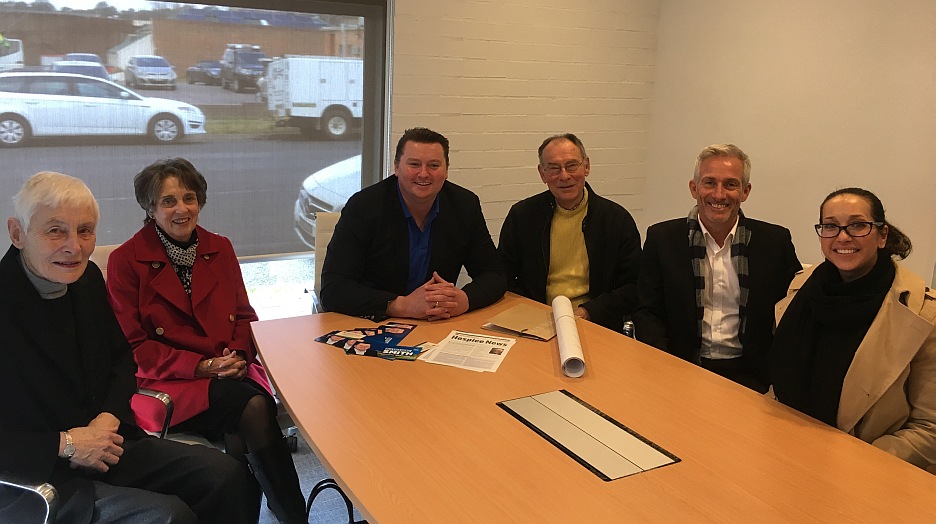 Vision, persistence and innovation. After several years and a number of set-backs in the history of their plans, the passionate folk at Southern Highlands Community Hospice are now well advanced in their planning for a 10 bed purpose-built hospice.

The location couldn’t be more perfect, being directly across the road from the local hospitals in Bowral. In an innovative arrangement with a local doctor the hospice site will be shared with professional medical rooms.

The project management work of the group is supported by fundraising, retail sales, relationship building and community education – all supplemented by loads of volunteer support.

Overseeing all of this is part of the day to day life for Carisa Wells who is 10 busy months into her role as General Manager for SHCH.

Carisa brings to her role a diverse range of skills and experiences in retailing, building project management, and business development.

Carisa is also personally familiar with the need for and challenges of good end of life care.

“Everybody dies. Having a personal experience of my mother being treated in acute care and then transitioning into palliative care, well I saw what a dramatic difference good palliative care made. Not only at a physical level but also at an emotional level, and not only for my mum but for my whole family. The palliative care environment was so much more supportive, open and facilitating.”

In an era when facilitating ‘dying at home’ is increasingly accepted as a service aspiration some voices are urging reflection.

Referring to their 2018 report into the increased application of competition, contestability and informed user choice in human services the Productivity Commission’s Professor Stephen King noted recently that “…many people want to die at home, that’s the phrase that tends to be used, but during our enquiries it became obvious that an individual’s preferences about where to die can change as end of life approaches.”

Carisa reflected on her own mother’s journey at the end of her life.

“Having cared for my mother at home I couldn’t imagine how we would have coped with her dying there. It’s not just the immediate emotional impact of how we would have dealt with caring for her at the time of her death, it is also about living in the aftermath and what that physical space of the home would have represented to us.”

Hers is one of many voices increasingly asking “do people really want to die at home, or is it about dying in a ‘home like’ environment?”

And Carisa believes that hospice is more than simply a care facility. “I think it’s the community hospice that can bridge the gap in service and also for community education and awareness-raising.”

The link between community awareness and hospice was suggested in the 2015 Quality of Death Index in which the presence of a well-developed community hospice sector appeared to correlate to a high level of community awareness about end of life care, perhaps by virtue of their promotion and fundraising activities in the community.

Hospice is a by-word for community activism as much as it is for compassionate care, and that’s often why it attracts such a strong volunteer support base. SHCH has almost 300 volunteers on their books and are regularly supported by 130 active volunteers that support their day to day retail, administration and fundraising activities.