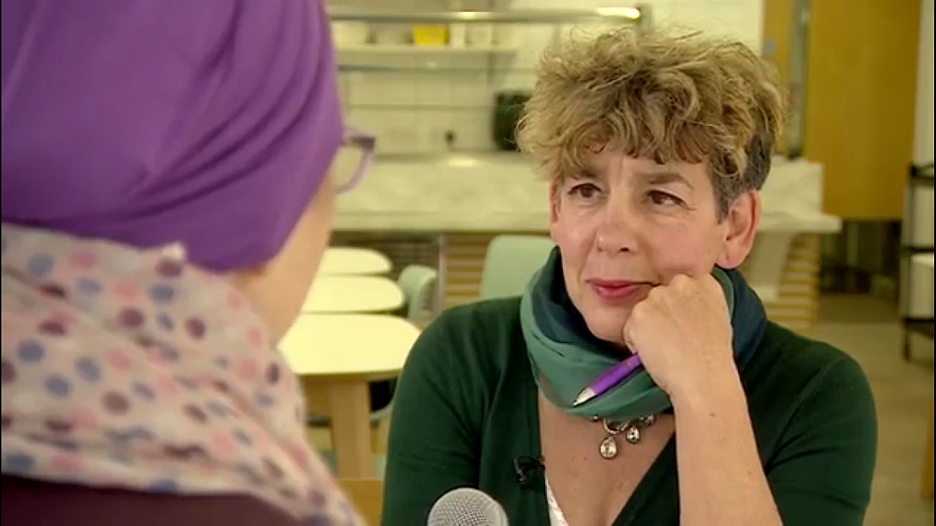 “We remember lives”. From their base in London Barbara Altounyan heads up the London based UK charity Hospice Biographers that started in November 2017.

Their mission is to remember lives by enabling volunteers to record on audio the voices and stories of people in the 220 or so hospices across the UK.

Barbara said that her own encounter with hospice biography came with the imminent death of her father in her mid-twenties. Over the years she has recorded the lives of many other, often well known, people through her interviews.

But the recording is part of a bigger picture of validating and remembering lives and of creating a therapeutic benefit.

“Ultimately the question is ‘what therapeutic benefits are there for the patient and family alike?’ through biography.”

“I can’t begin to tell how thrilled and delighted I am to have this precious gift to hand to them. I had, as part of my preparation for end of life, written letters for (my family) but nothing compares to the gift of hearing my voice. I found the process incredibly therapeutic and I know it will be the same for every last one of them.”

The biography programs popular in NSW and Australia often use audio recordings as a form of note taking, from which a written format (eg booklet) can be produced.

By contrast the audio recording taken by Hospice Biographers forms the final product. Hence the volunteer must be skilled in interviewing techniques and remain engaged throughout the interview as their voice will feature on the audio along with the patient’s.

After a long career in broadcasting Barbara is comfortable with the craft of interviewing. She is a BBC trained TV and radio interviewer with more than 30 years experience, having done interviews for Radio Four and for BBC World Service, and has worked for BBC, Channel 4, ITV, Discovery TLC, & National Geographic in Britain and overseas.

Interviewing, like journalism, is a unique skill and needs to be nurtured and supported. “You have to get the right person to do it. And if a volunteer gets going and then thinks ‘my goodness this is a lot harder than I thought’ then they will quickly leave.”

The involved voice of the volunteer is critical to success, so preparing volunteers for interview scenarios is critical.

“We do role-plays over the 2 days, to present scenarios to volunteers…let’s say the person reveals that they are a paedophile, or I’m a murderer…”

Through an employee Hospice Biographers provides follow-up with volunteers, contacting them regularly to see how they are going, to debrief, mentor and guide them. This is critical to ensuring the necessary quality and consistency.

Barbara says that recording technology is also key to their success – but also one of their big hindrances. They are moving toward using technology that will provide broadcast recording quality with a USB-output, like the Superscope product. This will reduce the turn-around time in getting the recording into the hands of patients.

Barbara added that they also now have a radio show, with each show being recorded as a podcast. The show explores aspects of hospice in more details, Barbara believes that biographers need to know hospice well on order to better understand the life of the person in hospice.

The Hospice Biographers website includes endorsements from celebrities Ed Sheeran and David Suchet, as well as letters of thanks from patients who express their gratitude for the role of biography and volunteers:

“This recording has made me believe that I’ve left something really worthwhile for my family to enjoy after I’ve gone.”

Pic: Barbara Altounyan (facing camera) with patient from a video on their website.