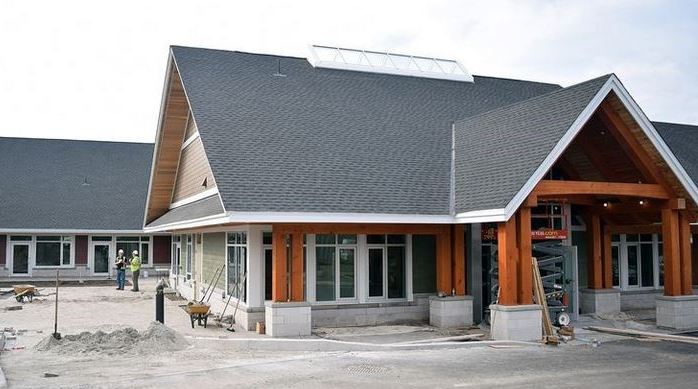 Insights in volunteering and hospice in Ottawa, Canada

Based on the article More hospice beds still needed: executive director in the Kanata Kourier-Standard by Jessica Cunha found in OttawaCommunityNews.com

In the province of Ontario there are some 14,000 hospice and palliative care volunteers for a population of about 13.6 million people. Ontario is roughly equal in geographic size to NSW and includes Ottawa, the national capital.

Hospice Care Ottawa last month opened a new hospice residence and they now provide some 19 beds across two locations. Ottawa has a population of about 1 million people.

“The goal of Hospice Care Ottawa and hospice in general is to have about 30 beds in our community,” executive director Lisa Sullivan said during the organization’s annual general meeting on 25th of September this year.

The not-for profit organization provides all its services free of charge.

Thirty beds would allow hospice to meet “the majority of needs of people” who are on their end-of-life journey, Sullivan said.

The cost of a hospice bed, about $460 a day, versus one in an acute-care hospital, which is around $1,200, is noteworthy, said Sullivan.

“Hospice care is more cost effective for our health-care system,” she said, adding the nonprofit has received an increase in funding from the province, but that only accounts for 60 per cent of its operating costs.

To meet its operational needs, Hospice Care Ottawa must raise an additional $2 million each year.

Hospice palliative care provides a homelike atmosphere with around the clock nursing care as well as volunteer support, for people at the end of life who for whatever reason, can’t stay at home, Sullivan said. It also provides care for the families through its caregiver and grief support programs.

Over the past year, Hospice Care Ottawa served more than 1,500 people through its many services:

• caregiver support was provided to 67 people.

The hospice’s 1,075 volunteer contingent provided more than 54,000 hours of volunteer support in 2016-17. That’s the equivalent of 27 full-time staff, said Sullivan.

“None of these services, nothing we do, would be possible without you, our amazing volunteers,” she said.

This post is based on the article More hospice beds still needed: executive director in the Kanata Kourier-Standard by Jessica Cunha found in OttawaCommunityNews.com