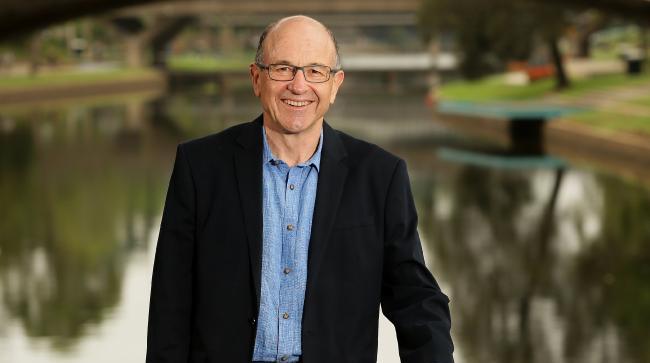 Congratulations to a champion of palliative care and volunteering in Western Sydney!

Read the original story by Kylie Stevens in The Sun.

Oatlands resident Dr Philip Lee was named citizen of the year for his work in palliative care. Born and raised in the area, Dr Lee worked as a GP in the local area for 23 years.

He is now the Western Sydney Local Health District palliative care director, where he oversaw the development of a palliative care nursing education fund at Westmead to help further education and specialist training.

He was initially nominated for the senior citizen of the year but didn’t win  so he was shocked to win the major award.

“It’s recognition for the whole team of the service we do. I knew about about award nomination but I didn’t even consider the big award.”

His work is based at Westmead, St Joseph’s Auburn and Mt Druitt Hospitals.

“When I was working as a GP, I was looking after a patient who was dying and spent time with them trying to make them comfortable.

“I didn’t think I did a good job. When I got a thank you letter from the patient’s family afterwards, it made me realise I could do a lot more to make a difference.”

Dr Lee described his role as sad but also rewarding.

“But I have an incredible family. I also cycle, which I use as therapy.”

Dr Lee hopes to continue to lobby for more funding and to dispel misconceptions the public often have about palliative care.

Read the original story by Kylie Stevens in The Sun.