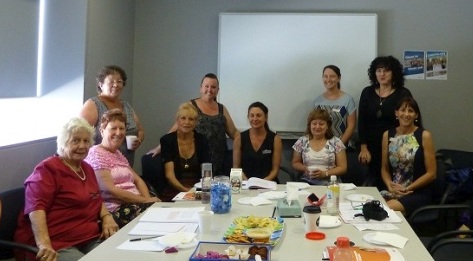 Dementia and the challenges for palliative care volunteering – food for thought

Figures from 2013 show that dementia is now the second leading cause of death in Australia (10.4% of all deaths) The number of deaths from Dementia and Alzheimer’s has increased by 137.4% over the past decade. What are the implications for palliative care volunteers?

In 2014 the UK-based Marie Currie Institute studied the experiences of people living and dying with dementia, and they argued for a more relational approach to the challenges of supporting them. The researchers identified that care was impeded by the reluctance of people with dementia and carers to identify or acknowledge symptoms. Likewise the ability of health and social care professionals to accurately identify and diagnose dementia had a significant impact on appropriate support and access to care [1].

Relationship-building is an area where volunteers can be highly effective. Researchers like Stephen Claxton-Oldfield in Canada point to the relational focus of volunteers in engaging with patients through their concern for the thoughts, feelings and overall emotional well-being of people in their care [2].

This suggests that investing in volunteer training would strengthen their role as ‘opportunistic educators and advocates’ for patients. Training volunteers in clinical issues also has the advantage of deepening the volunteer’s knowledge base which contributes to a volunteers feeling more connected and valued within the palliative care team [3].

[1] Living and dying with dementia in England: Barriers to care, Marie-Currie, 2014 p9.

[2] What Palliative Care Volunteers would like to know about the patients they are being asked to support, Claxton-Oldfield et al, American Journal of Hospice & Palliative Medicine Volume 23 Number 3 June/July 2006 p192-196.