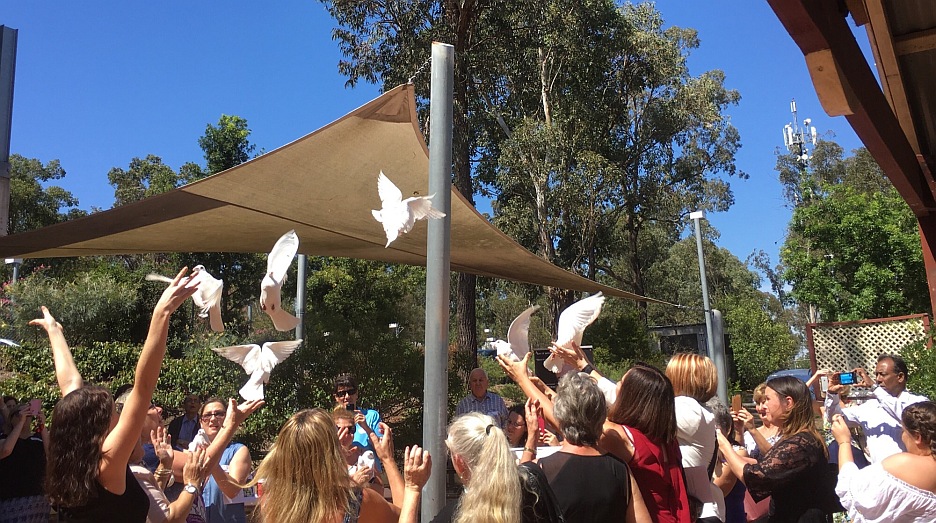 2017: The year that was in palliative care volunteering

A special Legal Issues Workshop was held for palliative care volunteer managers in Blacktown in March, the 2017 Palliative Care Volunteer Conference in Maitland in May was a hit with attendees keen to explore art and expression, the Blue Mountains Palliative Support Service celebrated their 30th anniversary in July and the Western Sydney Supportive Care Volunteer Programme celebrated its 1st anniversary in December.

Also in December Mary Leehane from Broken Hill Hospital won the Volunteer of the Year Award for Excellence in Volunteer Management.

This year the last word goes to Tina who only recently started her role as a palliative care volunteer in Western Sydney. "(At first) my friends said “why do you want to do this? You’re going to cry, it’s going to be sad, it’s going to be lonely – why do you want to put yourself in that situation? And to be honest it’s been completely the opposite – it’s been rewarding…There have been a lot of situations where I haven’t known what to do, I’ve sat there and I’ve thought to myself “what can I do?” … In those moments I have thought to myself I should just love and be here – and that has helped a lot”.

To all palliative care volunteers, thank you for what you do.

Pic: ‘White Doves’ being released as part of the Western Sydney LHD’s Memorial Service, one of the many activities involving palliative care volunteers in NSW.