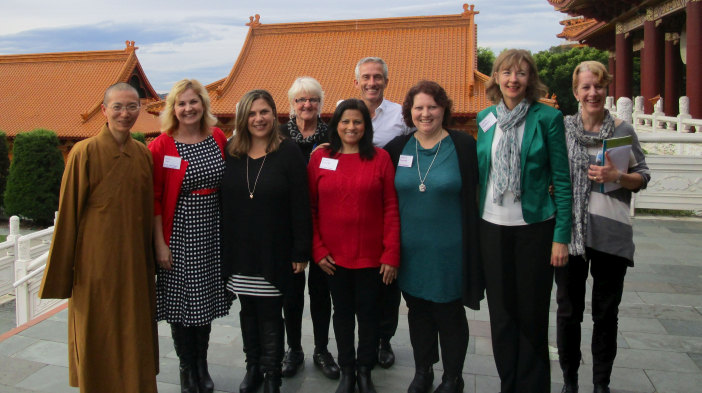 During the year we farewelled the much loved NGO Make Today Count in Charlestown and their CEO Sue Deamer. The committee of MTC made a strategic decision to cease operations at the end of June.

We also said goodbye to 9 of the 37 volunteer managers around the state as they moved on to other opportunities. This turnover (24.3%) is slightly lower than the 30% turnover we recorded in 2014.

Katrina Simmons (Blue Mountains) stood down as Convener of the Network of Managers of Palliative Care Volunteer Services at the end of her 2 year term and we welcomed Sarah Potter (Westmead Children’s) as the new Convener.

Under Katrina the Network hosted the very successful Palliative Care Volunteers Conference at the Nan Tien Temple in Berkeley near Wollongong in May.

So it is fitting that our closing thought for the year goes to the Tweed Palliative Support President and volunteer manager Meredith Dennis who said “I just believe that if you have a go, things come together – it’s the way life is”.

Pic – A bunch of volunteer managers (and friends) at the Volunteer Conference in May.