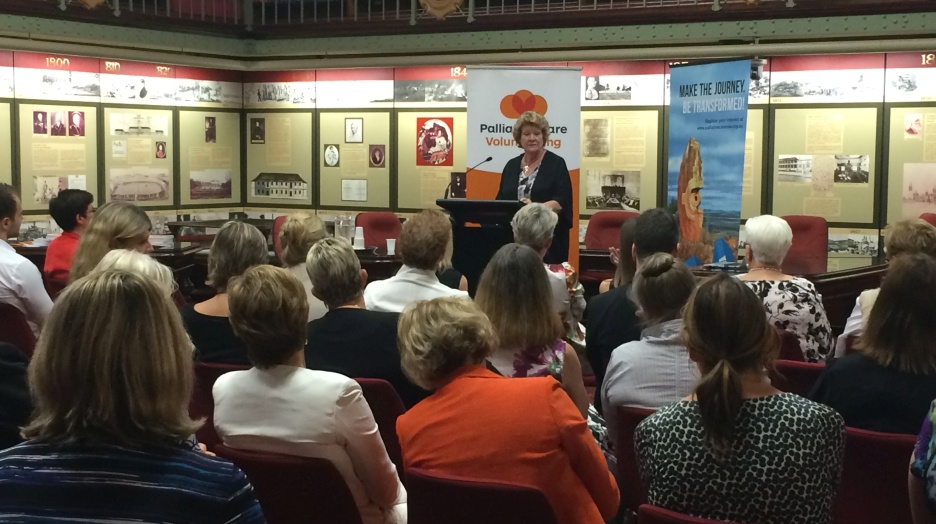 Learning about the role of paediatric palliative care volunteers

Megan Burke, our policy officer at Palliative Care NSW, is looking into the important and unique role performed by paediatric palliative care volunteers in NSW.

“Through our mapping exercise in 2014 we became aware that the value of volunteers was sometimes not fully appreciated by families and carers, by clinicians and by officials in the health system. This affects the way in which volunteers are included and resourced. And it affects the confidence that some clinicians have in referring patients to them.”

There is however a healthy interest in the work of paediatric palliative care volunteers. A new children’s hospice (Hummingbird House) is scheduled to open in Brisbane on the 21st of May this year.

“It’s no good putting a lot of effort into training and supporting volunteers if the system doesn’t properly value them. Not only that, but so much of the great work of volunteers is often not properly recorded, and their stories are lost.”

Megan is hoping to finalise her research in a few months. Thank you to the volunteers who are assisting!

Pic: Paediatric palliative care volunteers and others listen to an address by Minister for Health Jillian Skinner at World Hospice and Palliative Care Day 2015